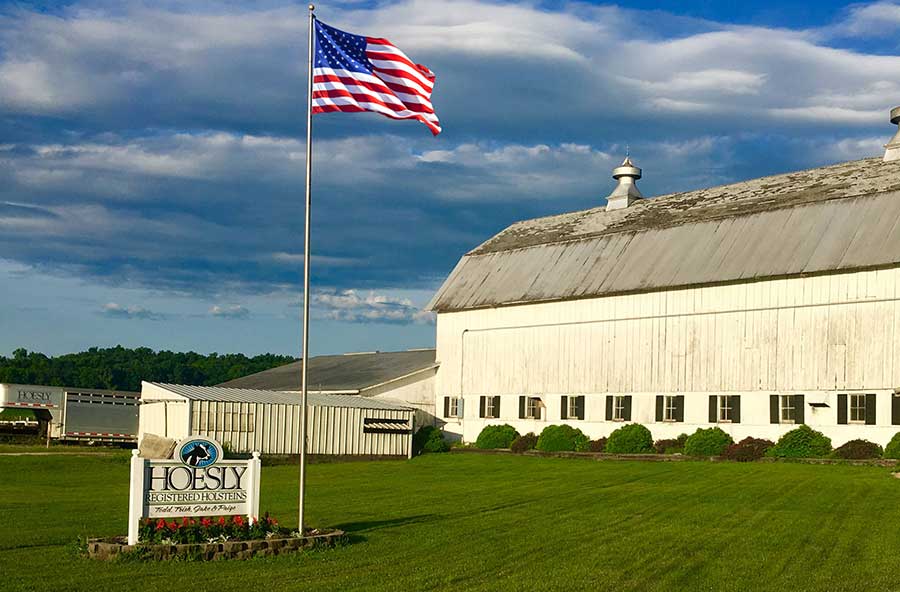 Todd is a 4th generation dairy farmer. His great grandfather emigrated from Switzerland, settling in Juda, Wisconsin, where he farmed and milked cows. He raised his family there and Todd’s grand father took over the farm, then raised his own family at the same farm. His daughter, Joyce married Todd’s father EJ, and they farmed and raised Todd and his sister on the Juda farm. The herd was moved to the current location in Brodhead, as Todd took over the operation in the mid 1980’s. Trish joined the operation when she and Todd married in 1988. Since then, they have raised their two children, enjoyed showing their cattle and hosting visitors to their farm from all around the world and the United States.

Todd and Trish take great pride in the quality of their cattle and have always focused on staying small and keeping cows in the herd for long and productive lives.  They have been patrons of the Chalet Cooperative for many years and are extremely proud to produce the milk that goes into making Chalet’s delicious cheese.